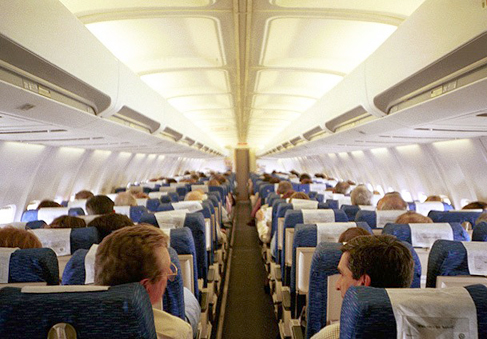 Has it ever happened to you? Whenever you travel alone, your prayers to sit beside a pleasant co-passenger of the opposite sex been answered?

Acceptance in this case, is bliss my friend. This article I will give some opening liners. So sometimes, “Isn’t it a wonderful day” or a “Hey, How are ya?” or the epic one, “How ya doin?” may not get you the conversation you really want.

I may have to run you through some basics, so that you survive the rest of the article. Also there will be numerous pictures for better visualization.

An aircraft is a heavier than air machine that has an engine to propel itself at high speeds, and lifts off by using the wings. By doing so the flight experiences a drag force that slows it down. Try sticking your palm out of the car window next time you travel and tilt it to feel the force.

Tip 1- Every shape has its meaning!

So now you have set your target (the person of interest) and have checked the boarding pass at the gate. You now have the flight in your vision. Notice the upward projections at the tip of the wings? They are called the winglets and believe it or not that structure gives you a 3% increase in fuel efficiency by reducing the wing tip vortices. Simple, Not rocket science, here is how. Wings give lift because of a pressure difference between the upper and lower surfaces. Higher pressure on the bottom surface and lower on the top and because of this, we get LIFT (an upward force). As the high and low pressure meet at the end of the wing, a type of vortices (a kind of confusion caused between the two pressure levels) is formed. This is creates a huge drag force for the aircraft! The winglets minimises this effect, reduces drag and thus increase fuel efficiency.

How do you turn your car? Simple, turn the steering wheel. I will try my level best to keep this as simple as possible. Now for a machine that has six degrees of freedom (yes the aircraft) manoeuvring is not that easy. We have 3 primary control surfaces (surfaces that controls the direction of the aircraft. Primary because without them working you are in for a crash landing). To pitch up and down, you have the elevators. Elevators are activated during take-off and landing. Now for rolling left and right we have what the French named as ailerons. They are present at the tips of both the wings. Last but not the least the rudder. Works exactly like how a ship is steered and this controls the yaw of the aircraft. The physics behind these are a bit more complex and if you would like to know more, comment below. We can discuss on them.

Tip 3-Stopping is not that easy!

The pilot has now turned on the seat belt sign and announced the descent has begun into the airport. So when you are touching down in a Boeing 777 or an Airbus 350 you are approximately 2 to 4 tonnes heavy and coming at about 250 kmph. Multiply the weight and the velocity and that’s a lot of momentum to stop. There are a number of means by which the pilot slows down and stops the aircraft. The first thing a pilot does is deploy the flaps fully. What this does is increase the area of the wing. Funny thing is, wings give lift. Bigger wing, more lift is not always the concept. Because bigger the object more drag it creates. Secondly as soon as all the wheels are in contact with the tarmac, the brakes are applied. This reduces the speed to a certain extent. The spoilers (a kind of flap which are present on the top surface of the wing are tilted upwards) cause a huge drag force. This disrupts the entire airflow over the wing which slows down your craft. Now finally the engine thrust reversers are activated. The engine literally opens up and directs the incoming air away from the engine and thereby reducing the thrust produced by the engine. The high speed air is directed away in a completely different direction and hence the aircraft is braked.

So you need not necessarily need to study 4 years of engineering to sound like one. Do let me know on what happens.

Word of caution. Make sure you don’t speak to an actual aeronautical engineer. If that happens you will end up being the amateur. Have fun!

I strongly believe that significance can be achieved only through the success of the society we are part of. I chase significance in the path of perfection through constant learning. A sincere, committed and consistent human being, who loves a good cup of coffee and shelf full of books and of course, bikes.